LAST QUARTER PROGRESS REPORT ABOUT GLOVO
We updated you on the happenings about GLOVO in August this year, more particularly on the celebration of our 5th Anniversary. Since then much has been done and as loyal partners, we need to inform you on the progress and developments that had taken place spinning from the latter part of August this year till now. Glory and honour be to the Most High God for his constant support and direction in circumstances where the human mind could not find solutions. He paved way for Management and through thick and thin a lot of progress has been recorded. 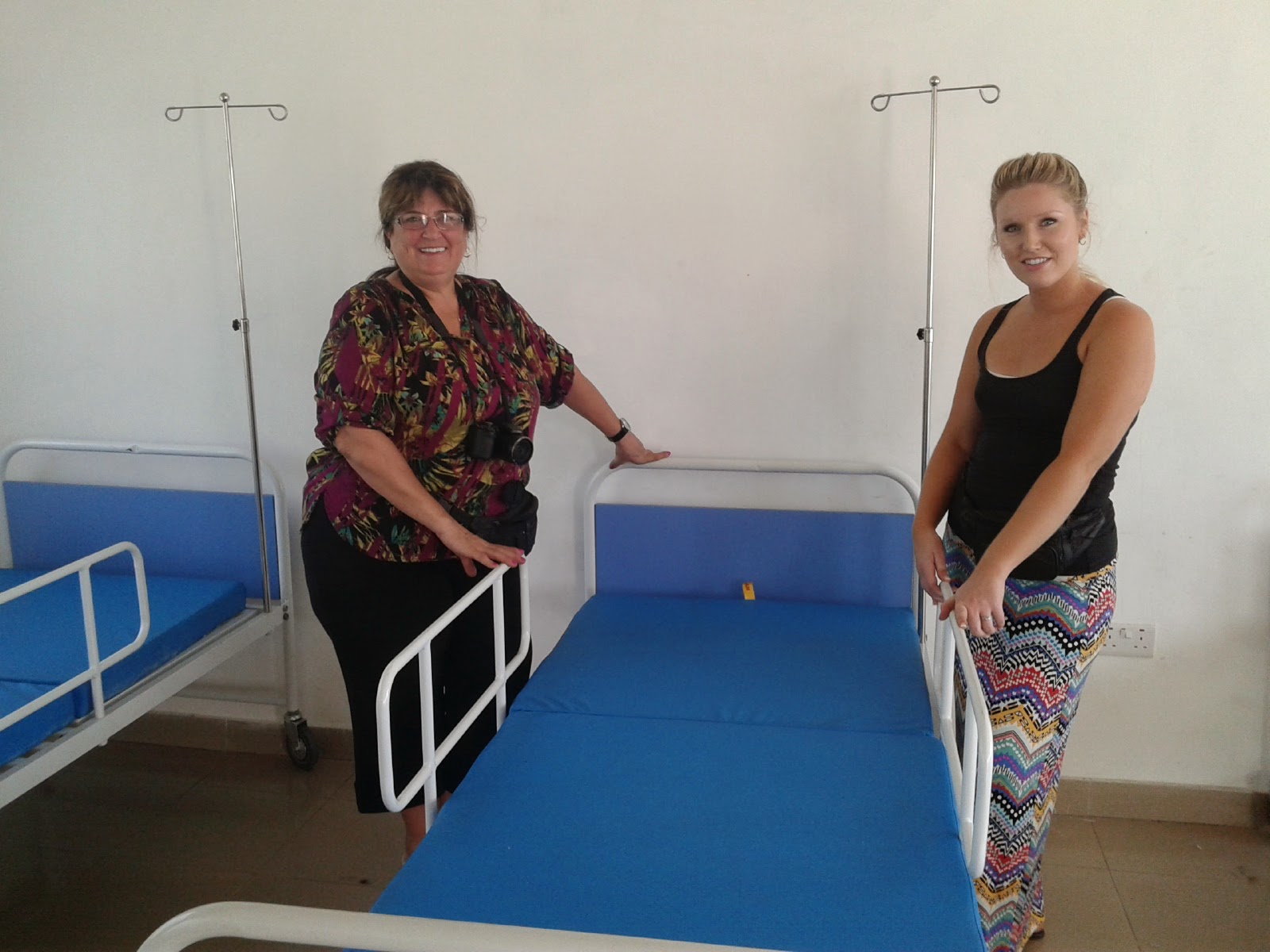 As part of her annual visit to Africa, and Ghana in particular, the Executive Director of Morningstar Family Ministries visited GLOVO in connection with her Personal Secretary, Crystal. As part of their working schedules, they furnished the newly constructed GLOVO clinic at the GLOVO Village. In fact, the clinic is fully stocked with drugs, equipment and gadgets which are needed in every modern clinic. Management in collaboration with the Municipal Health Directorate is in the process of getting a hardworking trained nurse to manage the facility. In the interim, the clinic will operate as a Sick Bay and will later be upgraded to a standard clinic by the government. Dr. Carmen Ferber visited the Maristan Home to check on the well being of the kids and the caregivers. She was impressed about what she saw and pledged to raise support to build more of such facilities to accommodate homeless kids and orphans. The Director of GLOVO led Dr. Ferber to visit some of the GLOVO kids in the remote areas where she made some donations to the kids. Some of the villages visited include Domokyi, Brahabekum, Kwasikum, Fante Bawjiase, Otwekrom to mention but a few. 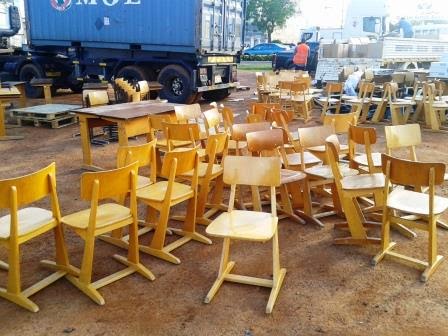 Another historic event that took place was the clearance from the Tema Port a consignment of some school furniture and computers and accessories to set up a computer lab for the Academy. However, there is no permanent room where these computers can be set up. It is therefore a matter of urgency for management to make this passionate appeal to all friends of GLOVO to come to our aid to build a facility to enable us set up the lab so that the purpose for sending them will be realised. 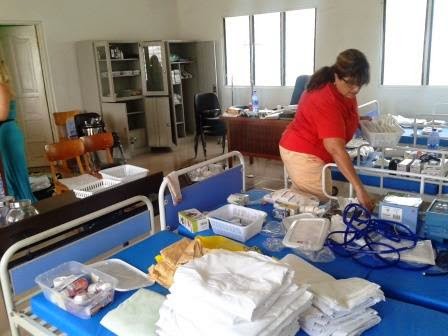 GLOVO chalked another success in the period under review. We organised a wonderful GLOVO Kids’ Camp, first of its kind in the annals of the organisation. All the GLOVO kids, far and near were invited to join their friends at the Maristan Home for the celebration. Management in connection with volunteers designed memorable programmes which included fun games, clean up exercises, colour work, health talk, learning German language, weaving and others. The programme lasted for four days. Management wishes to make this programme an annual event and will include non GLOVO kids to also participate and benefit from the good things the programme offers. Mobilisation, feeding and lodging come with a cost and we therefore open our doors for donations and sponsorship of the camp so as to make it bigger next year.


The organisation hosted one of its best friends and donors, Judith, in September this year. In fact, words cannot describe our gratitude to Judith for the selfless moves she has taken to support GLOVO in diverse ways to ensure that the organisation expands rapidly. She was like an Administrative Secretary to the Director of GLOVO and suggested many important things to help develop GLOVO. She was very much impressed about the development she saw at GLOVO and pledged to strive to get donors to support GLOVO project. She and the Director of GLOVO were interviewed on Crystal TV in Ghana on the activities of GLOVO and this has really helped in publicising GLOVO nationally and globally. 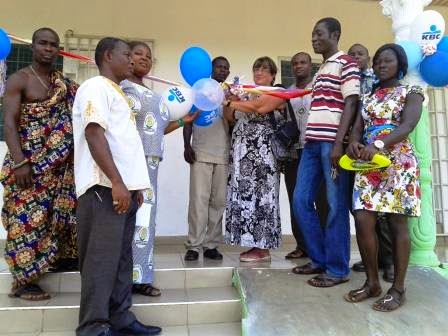 Thomas, the Director of World View, a non-governmental German volunteering organisation, also paid GLOVO a working visit in September to familiarise himself with the activities of GLOVO. A memorandum of understanding was signed between GLOVO and World View on ways of partnership in volunteering services. Thomas was so happy and impressed about GLOVO’s activities and considered it a viable partner in the volunteering work. He pledged to work assiduously to ensuring that his organisation sends volunteers to work for GLOVO in Ghana. After his departure, two volunteers from World View were sent to work for GLOVO. Tommy, we say thank you for considering us a worthy partner. 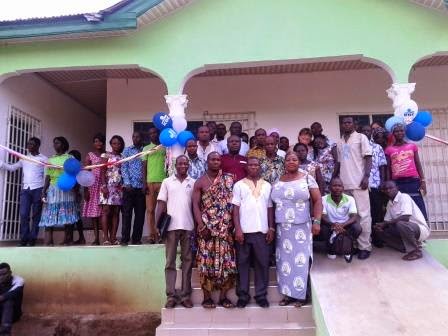 GLOVO Academy re-opened in September after the long vacation to begin a new academic year. Few admissions were made; new teachers were appointed to replace those who have got the opportunity to volunteer in Canada, Tanzania and elsewhere. We also received more volunteers to serve as Teaching Assistants in the school. The school is growing but it faces infrastructural challenges. Two classes were temporarily housed under canopies inside an uncompleted building. It was through the effort of Franzi, a volunteer who is working in the school, that funds were raised to roof the rooms which are now habitable. Franzi is so passionate about her work and wishes to go extra mile to support GLOVO project. Indeed, she is a real team player and we wish other volunteers will emulate her shining example to support their project areas. The school’s Soccer Team emerged overall winners of the Municipal Private Schools’ Soccer Competition where they thrashed their opponent 3-0 to lift the golden trophy at stake. We would be glad if you could donate some sporting kits to our team to boost their training and morale. 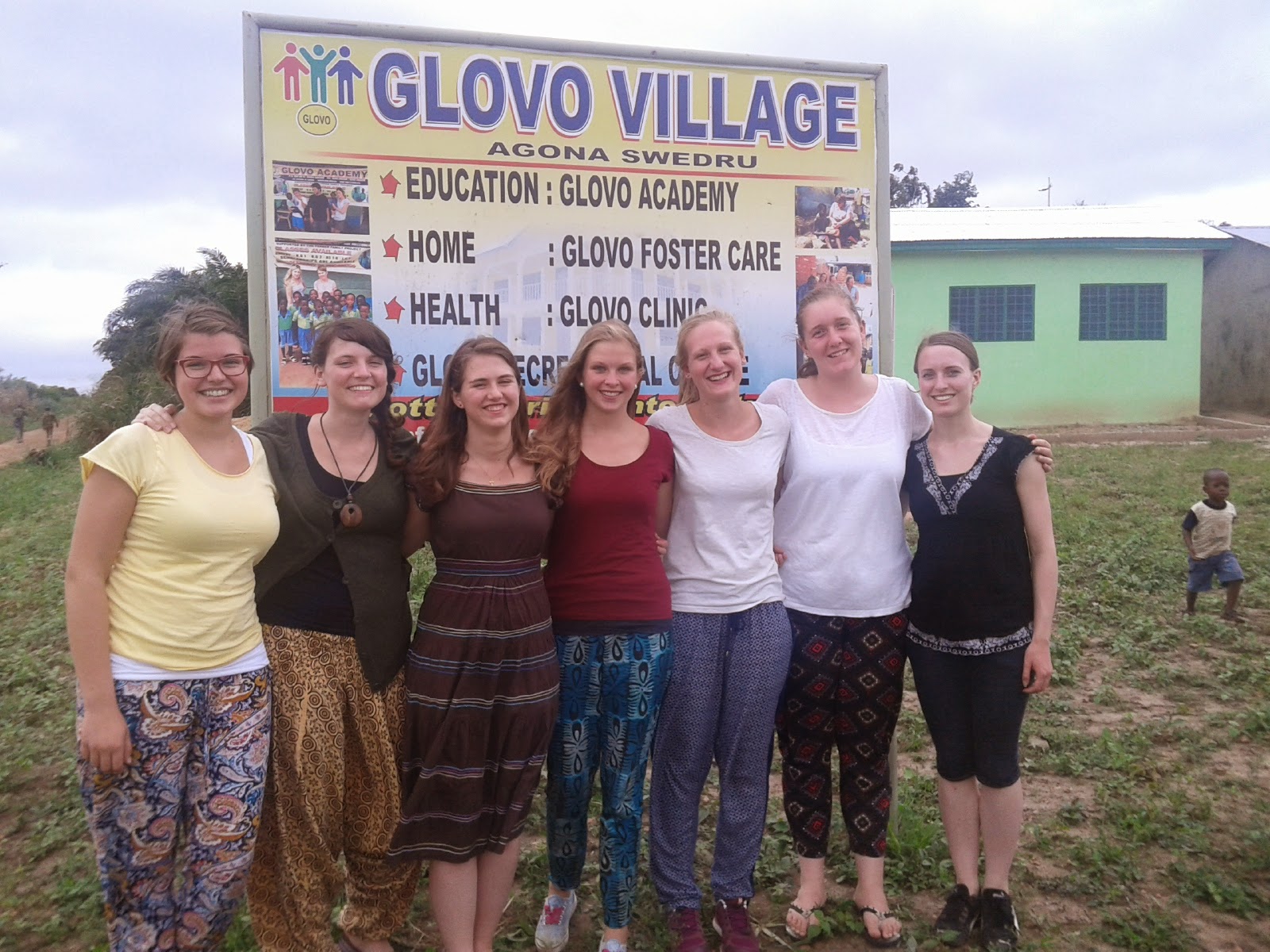 We cannot end this quarterly report without mentioning anything about the reception of our first ever Welt warts volunteers on 29th August this year. It was all joy when they met at the arrival lounge at the airport. Prior to their coming, GLOVO management organised series of workshops for mentors, Project Supervisors and host families on how to handle the volunteers with care. The five GLOVO volunteers received are Marie, Kira, Lena, Sophie and Franzi. They were given a one-week orientation on different subjects to enable them adapt to the Ghanaian ways of living. The seminar was informative and educative though there could have been some pitfalls. You can also give it a trial and GLOVO will orient you to feel at home and your volunteering experience will be thrilling and cruising. We wish well in this festive season and would be grateful if you could charitably donate something in cash or kind to brighten the faces of these teaming less privileged kids in our care. God bless you!
GLOVO TEAM 2014